Alright! That was two grueling/fun/insane/tiring/spectacular/sensational/scrumptious days! Glad its over, but I would do it all again for sure!

Dr. Strazz, it was great shooting around you these two days. Learned a ton and laughed even more :). Hope I get the opportunity again soon. I guess I can say a few more words about you… Haha. Its neat because of all of the photojournalists I have been talking to over the last month or so, you were really one of the first I had talked to that wasn’t all doom-and-gloom over the current state of affairs in the newspaper/PJ world. So many of said that it was over, there are no more jobs and any that exist will be gone soon. And while things may be rough, you were the first in a long while to make me excited for the future still. These last three weeks of my internship have told me that this is what I want to do, at least for a good long while. So here’s to hoping I can find a job in the near future :). Thanks again. Really! (BTW, check out more of his shots from the weekend. It is worth the time!

Here is a set, as promised, from Fremd’s Class 4A third place game against Naperville Central, which Fremd won 3-2 in a VERY tight and close game. Great job to both teams. 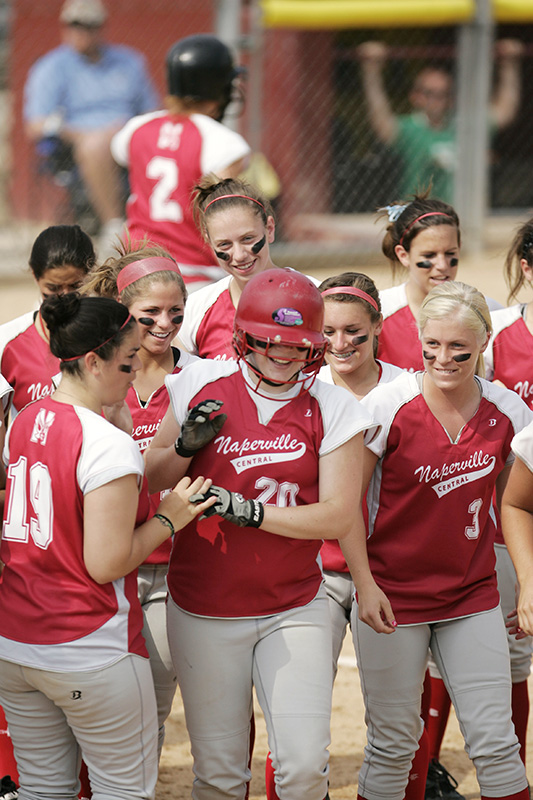 <figcaption class="wp-caption-text">Naperville Central senior Stephanie Lynch is greeted by teammates after a one-out home run to right field in their Class 4A third place game against Fremd on Saturday afternoon at the EastSide Centre fields in East Peoria. Kevin Sherman/ksherman@dailyherald.com/©Daily Herald</figcaption></figure>

And now, some extra shots! All four of the Daily Herald’s teams lost in the first round, if you remember. I decided to run down and shoot reaction shots from the end of the Class 4A finals game, with Loyola and Edwardsville. I didn’t shoot any action from the game, but I wanted to see if I could get some good reax shots from the state champtions for my portfolio. Rawk. 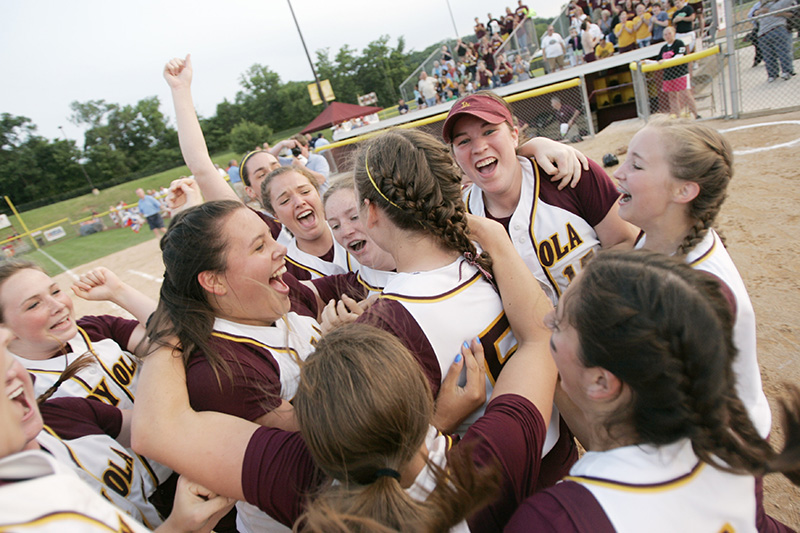 <figcaption class="wp-caption-text">Loyola’s pitcher Devin Miller is surrounded by teammates at home plate after their 2-0 victory over Edwardsville to claim the Class 4A state championship on Saturday evening at the EastSide Centre fields in East Peoria. Kevin Sherman/ksherman@dailyherald.com/©Daily Herald</figcaption></figure>

Grand time! Thanks for looking.