Well, as if this could never come soon enough, I have finally started my internship at the Daily Herald. Got my credentials and all that good and golden stuff on Tuesday and Thursday I already had three assignments! Zoinks! As a testament to how busy I have been of late, I actually started writing this post on Friday afternoon and have just now gotten around to finishing it off. Sweetness!

First Assignment. I will never forget that my first assignment as a photojournalist was to shoot a large pile of dirt. Yes, a pile of dirt. Aparently it is left over from the expansion of Kaneland High School out in Maple Park and no one knows what to do with it. It can’t be used for top soil, not enough clay for good fill.. And it will cost the school $500,000 to truck it all out. Exciting!! Haha… 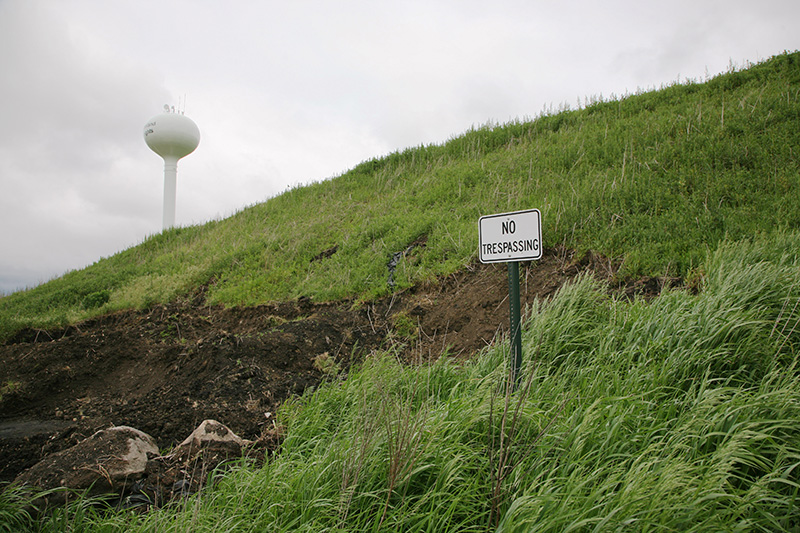 <figcaption class="wp-caption-text">The school board is uncertain of what to do with a large mound of dirt left over from Kaneland High School’s construction. Kevin Sherman/ksherman@dailyherald.com/©Daily Herald</figcaption></figure>

Later that day I shot an IHSA Regional baseball game. With a 300mm f2.8L IS lens! That thing makes shooting baseball a whole ton easier. And more fun! I also ran into Andrew Nelles, an old friend that helped me get excited about photojournalism. 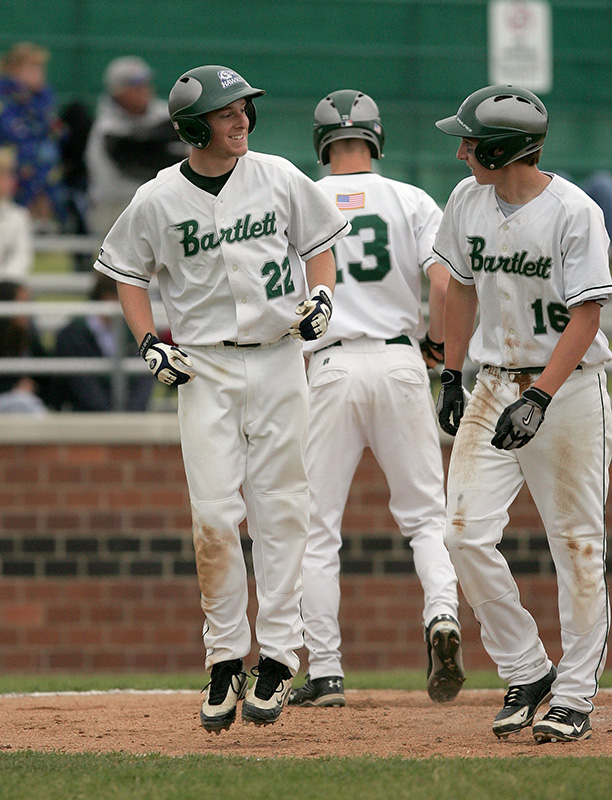 Second day, I got to meet up with a woman that has been collecting autographs from celebreties since she was 13! So, by day two I pretty much am convinced this is the perfect job for me! 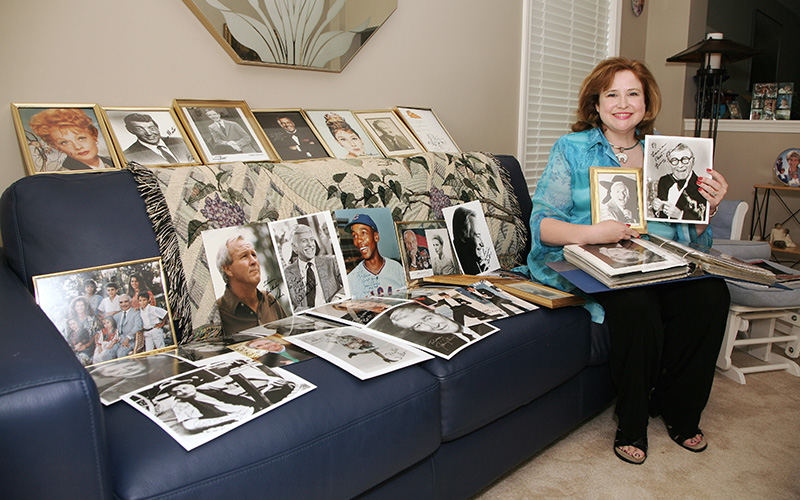 <figcaption class="wp-caption-text">Laura Guzman poses with some favorite autographs from her collection at her home in Algonquin. Laura collected her first autograph when she was 13 and now has over 300 in her collection. Kevin Sherman/ksherman@dailyherald.com/©Daily Herald</figcaption></figure>

Then right after, to a sectional championship soccer game! Another of our photographers (Brian Hill) covered the first half, so my task was just to get reaction shots. Reaction shots are actually pretty new to me, in previous sports coverage I was just supposed to get action. Its a bit different, but fun too! Its almost one of those that you don’t know what shots you got until you get back and look at them on the computer. These are the two that were printed. 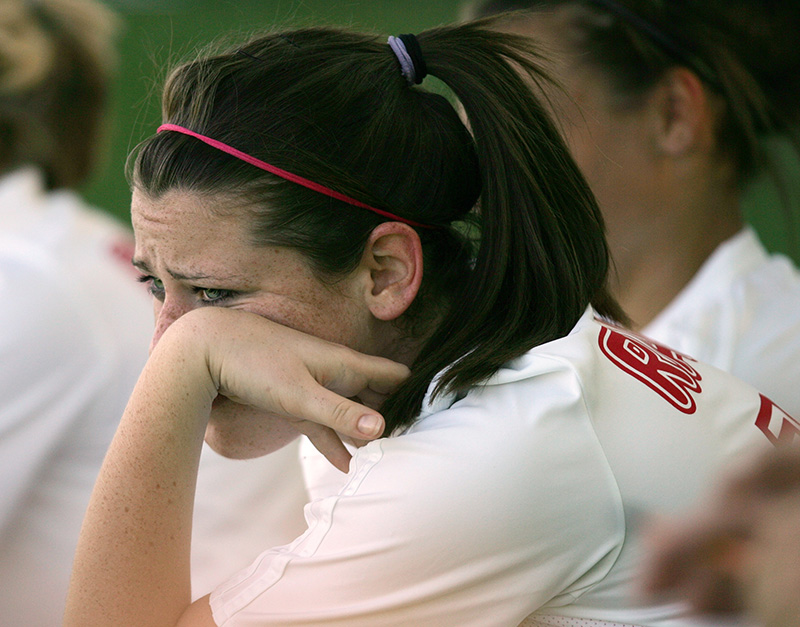 <figcaption class="wp-caption-text">Huntley junior Lauren Gaitsch (10) watches her team during the final minutes of their 3-0 loss at the Secion 3A girls sectional championship game against Barrington on Friday evening. Kevin Sherman/ksherman@dailyherald.com/©Daily Herald</figcaption></figure>

One from today. These three are the DH All-Area captains of their teams, a selection made by the sports writing staff. Not usually a fan of full length portraits, but its kind of works when I stand on a chair and use the wider end of my lens. Plus the softbox was ginormous! 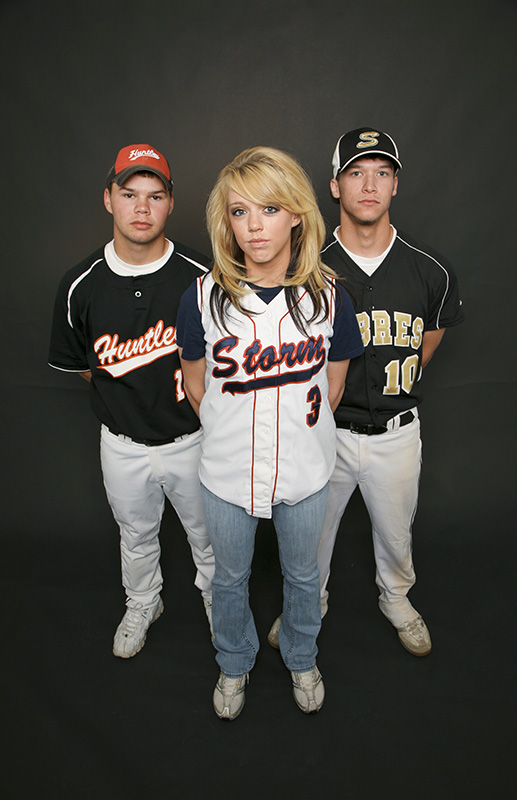 Well, I think that about does it on the picture front. Already this internship has been nuts. I kind of assumed I would be eased into the game, especially since I have no journalism experience at all. Instead, I have gotten thrown out into the road and really its worked out well! No huge screw-ups just yet, did have a small probelm with some photos I had uploaded yesterday, but the first two for print worked fine. Woke up early and fixed them up this morning and now all is well. Here they use Photoshop for all their image editing and getting back to using it has only strengthened my love for Lightroom. Really, its so flipping easy to edit in LR… Its not that Photoshop is hard to use, but Lightroom just works so well.

I am really loving all this. For as long as I can remember, my interests have always been wide and varied, I will get the opportunity to meet tons of people and learn a little bit about a ton of things. Its really quite perfect for me! I have been spending a bunch of time working in the office, which is funny because no one else seems to. I just like offices, something about working in a specific place makes me a little more productive. In the office there are (several) police scanners and I think I will get to know this 911 operator. I think its been the same woman for most of the time I have been hanging out here.

Yesterday I got a pretty sweet compliment. I was on assignment with a staff writer for Time Out, the Daily Heralds weekend entertainment section. He is writing an article about the drive-in movie theatre in McHenry and I went along to shoot pictures. Was a good bit of fun, got to see a lot of the behind-the-scenes stuff and met the owners and some other staff. At one point in the evening I was talking with the writer (Dann Gire) and I had told him that it was only my thrid day on the job. He was stunned and said I was way too confident for it being my third day and he would have guessed I had been at this for a while now! So I guess I must be doing something right.

Okay, time to do some editing and then shooting a graduation at 3pm.