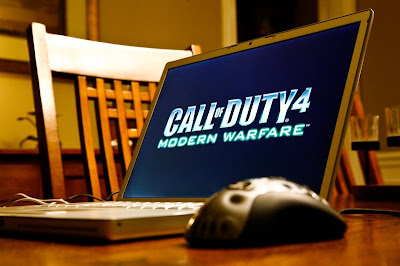 Just finished Call of Duty 4 today. The single player campaign was a little short, but it really felt like a good length. I was glad that I could actually finish a game :).

Now, this is probably one of the best games I have ever played. Most definitely the best First Person Shooter I have ever played. The game was certainly challenging, there where several areas that I had to play many many times to stay alive and get through. The game had all the great elements of a shooter, plenty of scenes of INTENSE action and fire fights, but then there where also several levels where you have to sneak around and not get caught. The story line also really draws you in. You really sort of got to really like the people you fought along side with, especially over the last several missions… I wont spoil the end for those that want to play, all I gotta say is they did a phenomenal job making a connection with the player to the different in-game characters. Not many games really accomplish that.

Kudos to Activision for another fine release in the CoD series.